Book Tour, Guest Post, and Giveaway: The Space Between by Susan Rooke

Mellis, a courageous and resourceful young woman, is kidnapped from the human world and taken to the Space Between by a tribe of faeries called the Penitents. Because of guilt over an ancient sin committed by their angel ancestors against the Maker, the Penitents have cursed themselves with grotesque physical disfigurements. Mellis can help them reunite with the Maker and find their way back to redemption, but she would need to give up the life she's always known to remain in the Space Between.

As she struggles with this heart-wrenching decision, one of the Penitents, bent on revenge, commits a gruesome attack against the tribe, and they learn he has taken Satan--the Maker's greatest enemy--as his ally. All in the Space Between are facing grave danger. Will a long-awaited act of vengeance save them?

Susan Rooke builds a rich and fantastical world of angels and demons, monsters, faeries and dragons. Abounding with spirituality and humanity, this faery tale for adults has a cast of vivid characters you won't soon forget.

Witching for Water
Water—specifically, having enough of it—is a big deal in much of Texas. So much so that people often resort to using supernatural means to locate it underground.
Dowsing: to search for water, minerals, or other buried/hidden substances with the aid of a divining rod. Call it bunkum, hooey, or pseudoscience. I call it witching, because that’s what my father called it. And I’ve done it.
When I was a child, my parents decided to dig a fishing pond in our San Antonio backyard because we loved to fish. That required a well, but how to pinpoint the best spot to drill? My father—an engineer with a deep belief in mysticism—didn’t want to leave that crucial question to a well drilling service. Too chancy; he wanted guaranteed results. So he did what he’d always done when he needed water: he witched for it. And it was as if there’d been a big red arrow reading DRILL HERE pointing to the spot.
I was only 7, but I remember him inspecting a young fruit tree in the yard and cutting off a slender, Y-shaped branch. He trimmed it with his razor-sharp pocketknife so that the arms of the Y were longer than the stem. Then, holding the divining rod by the arms with the stem pointing forward, he paced across the yard as the family watched.
I was awestruck when the stem tilted sharply toward the ground, as if tugged by a fish at the end of an invisible line. I never thought he might be causing the movement himself. My father was so straightforward and uncompromising he sometimes called himself “Iron Pants.” Then he let me try it.
It was an unforgettable sensation. I was the sorcerer’s apprentice, holding tight to the magic wand as the water yanked and jerked at it. That branch tried its best to wrench free of my grip and plunge stem-first into the earth. We had found water in abundance. And a few weeks later (it felt like forever), we were fishing in our backyard.
The pond was big enough for a short dock and a rowboat. My father, with long experience on the bays of South Texas, taught me how to row. The first fish we stocked? A pet store goldfish, released with great ceremony to the cool, green waves. Over the next couple of years it became an enormous golden carp. Every so often we’d see brilliant flashes of gold 20 feet down as we rowed across, as if an open treasure chest rested on the bottom. I’d swim out to the middle and dive down in pursuit of that goldfish, but I never found it.


Every so often I wonder what would happen if I tried witching again. Would I find water? Maybe not. Some days I feel I’ve lost my faith. My father never did, though. Magic swirled about him all his life.

Susan Rooke is a Pushcart-nominated poet and author of the forthcoming The Space Between Series. Her short stories and poems have appeared in publications such as The Christian Science Monitor and The Twilight Zone Magazine, among many others. She resides on a square of green, peaceful country not far from Austin, Texas, with her husband Glen, who runs a small cattle operation while Rooke writes fiction about angels and demons, monsters, faeries and dragons. Look for her fantasy novel, The Space Between: The Prophecy of Faeries on Amazon.

Thank you so much for the spotlight, guest post and giveaway; it was fun!

Thanks for the introduction to this book. 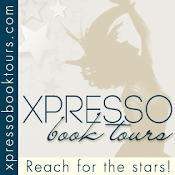 Pamk
I am a 49 yr old mother of two boys and have been mostly happily married for almost 30 years. I love to read. My email is scrtsbpal at yahoo dot com